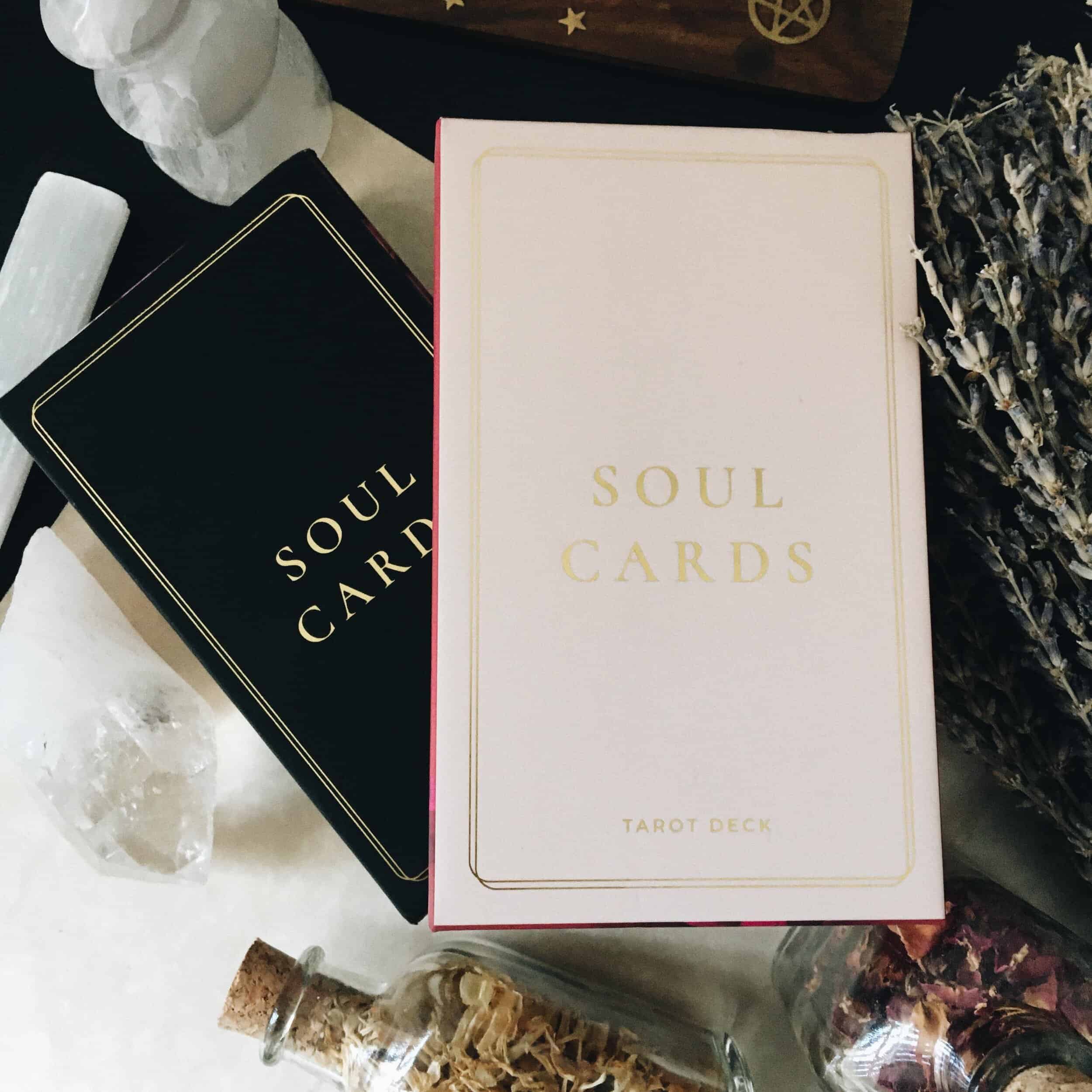 The beautiful ‘Soul Cards’ tarot deck comes in two elegant colourways: rose pink & gold, and black & gold…and they are both GLORIOUS! I chose these because of the precision and balance in each of the cards; somehow, they manage look slick and ornate at the same time! ✨

In terms of production this is a superior quality deck; and it’s almost impossible to capture their beauty on camera, from the gilt edging, to the quality card stock, and the velvet-like finish that makes you almost scared to touch them in case you leave a fingerprint! They don’t mark easily though, and they are smooth and effortless to handle. The back of the cards is a scrumptious soft floral; and I fell in love with the back of the black deck the moment I feasted my eyes on it!

This is a standard 78 card tarot deck – with the four commonly recognised suits:

It’s a pip deck, which is exactly what you’d expect after seeing the major arcana in this deck; they are so geometrically perfect, and sleek (often incorporating Egyptian, Buddhist, Hindu, Christian, and Hebrew imagery) that anything other than pip cards would have over-complicated such a slick deck! 🙌

For anyone who wants an under-stated, classy, but also artistically striking and high-quality tarot deck – this is the perfect pick! But good luck choosing which colour-way you want, because I certainly couldn’t!