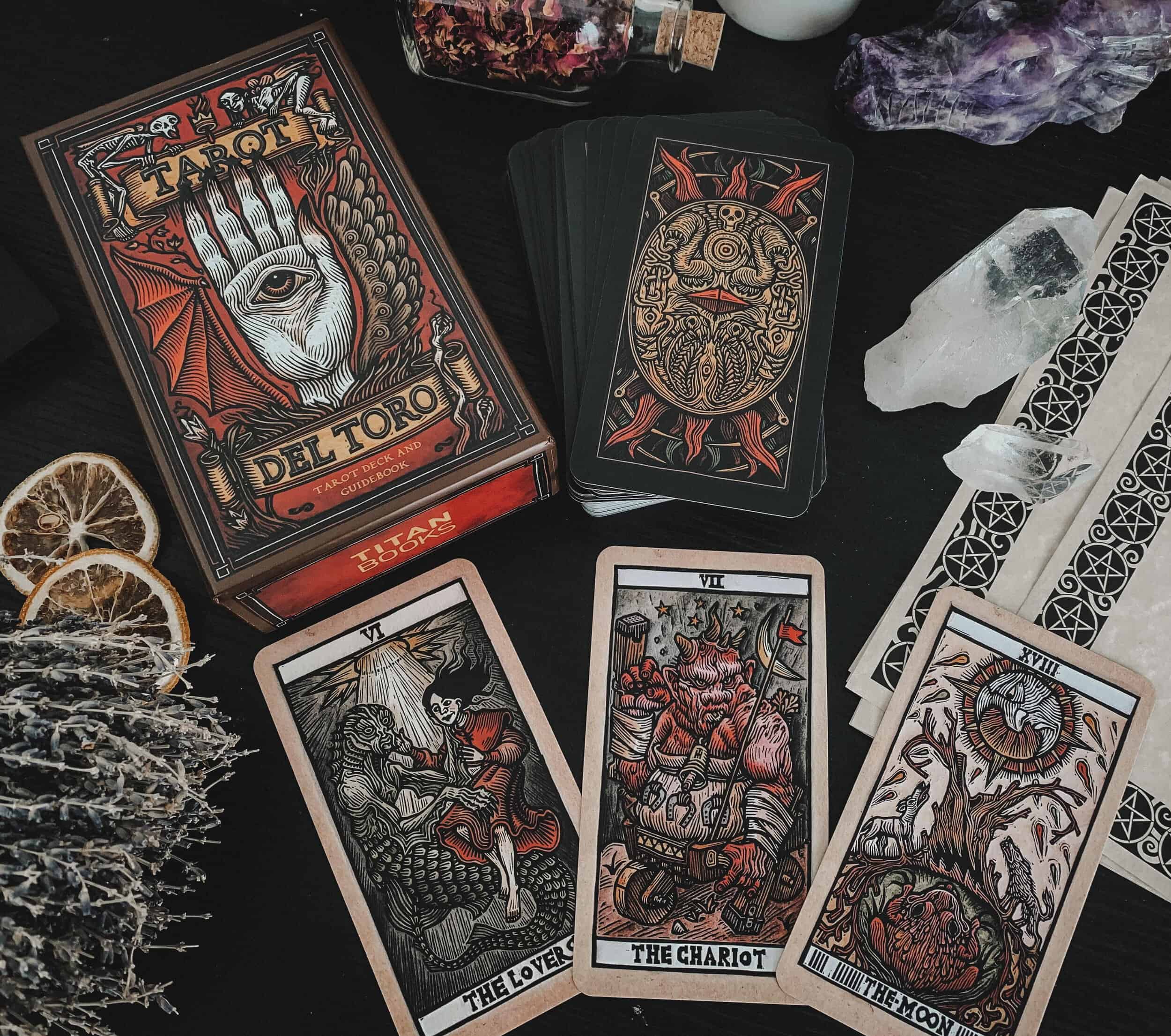 As a fan of Guillermo del Toro, it was impossible not to be drawn in by a deck which was inspired by his extraordinary work! ??

Tarot del Toro was created under the watchful eye of the filmmaker (who was taught tarot by his mother), and illustrated by Tomás Hijo. Guillermo says of this deck, “What you have in your hands now is a gateway to the largest truths and infinite matrix of stories, insight, and fate”.

The deck includes characters and imagery from del Toro’s movies, and if you are at all familiar with those, you’ll know what this means! It’s a deck of bizarre, strange, but stunningly beautiful imagery.

It’s a shame this is a pip deck, because I’d have liked to have seen all the cards fully illustrated, but given the concept of this deck, it surely would have been impossible to do this without the imagery winding up looking ‘shoe-horned’ in to fit the card meanings. As it is, the major arcana and ‘court cards’ are perfection, and the minor arcana are serving their purpose.

The suits in this deck are as follows:

For fans of Guillermo del Tor, this is a must-have deck; and you’ll love going through the cards and recognising the characters and seeing which role they’ve been given to play in the tarot deck.

From the guide book, to the very durable (and stunningly embossed) box, to the cards themselves, this is a quality deck which handles well, and while I can’t say this will replace my everyday deck, it is one of those decks I’ll revisit from time to time just to admire its beauty and see what insight it has to offer. 🙌

If you’d like to own this other-worldly deck, it is available at most major stockists such as Waterstones, Amazon, Barnes & Noble, etc.

Brought to you by Witch Casket – The Magickal Monthly Subscription Box 🌙✨

We designed and created the Floral Grimoire Card for our June 2020 Witch Casket and such was this deck’s popularity that we decided to restock the item in our store, and also to create a magickal Herbal Grimoire Card...