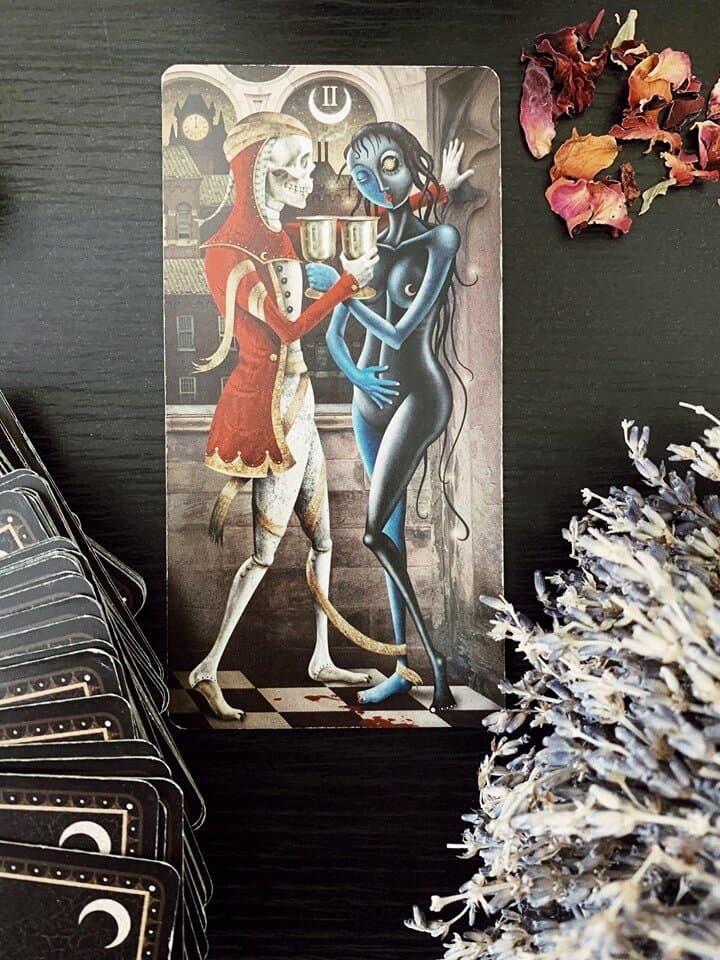 Even though I’ve had comments that this particular deck is a little ‘sinister’ looking, I have always found it beautiful, and The Deviant Moon Tarot has been my go-to deck for many years; and while I do have many other decks (I’ll be writing about those soon!) The Deviant Moon will always be my number one and that’s because it’s perfect for the way I read. 🔮✨

As an example, let’s take the Two of Cups pictured here:

The general, most well-known meaning for The Two of Cups is love, mutual attraction, partnership etc. and often, this is exactly what it portrays, but I have seen so much more in this card – so when I’m reading, my intuition guides me – here are some examples of just a few of the instances where this singular card from The Deviant Moon Tarot has shown me something far removed from its traditional meaning:

So, you see how one singular card in this deck can speak volumes, and for me at least – their meanings are not always ‘textbook’ – this deck just keeps giving and giving! 🖤

With 78 cards, each beautifully illustrated, and with so much detail you’ll always be drawn to something new, I can’t recommend this deck highly enough.

I feel this is a deck for the rule breakers – the intuitive readers who know there is so much more to tarot that just learning 78 stock ‘meanings’, the readers who are confident enough to listen when the cards speak and trust their instincts. 🌙✨