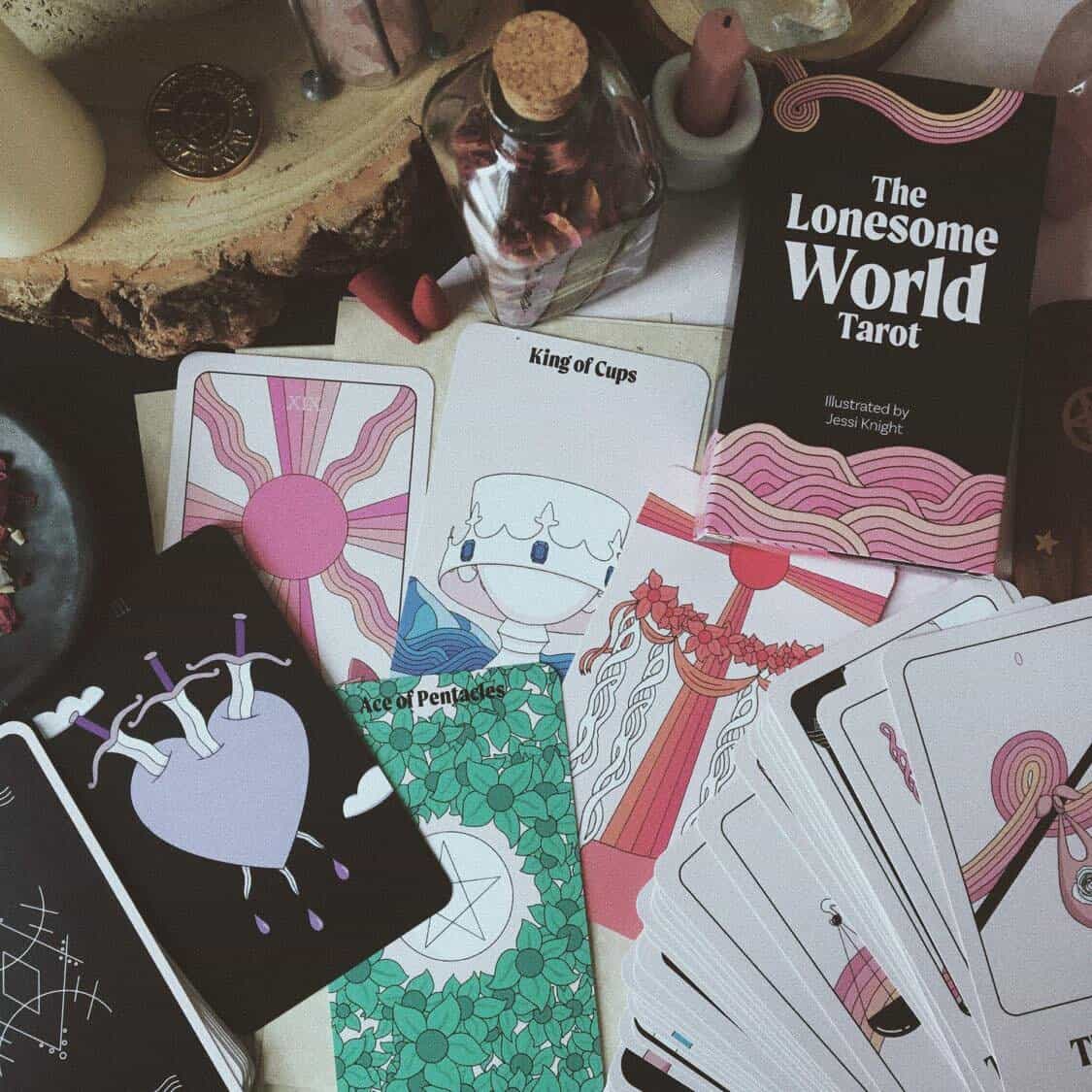 The Lonesome World Tarot is visually scrumptious! The pastel colour palette and whimsical artwork which was created by the artist, Jessi Knight, as she was feeling emotionally isolated, really drew me in – it has such a peaceful energy, and in this sense the loneliness and isolation which was the inspiration for this deck, has a serene and meditative feel, rather than a negative one. 😌🙏🏼

This is a standard tarot deck – with the four suits represented as follows:

At first glance you’d be forgiven for thinking this was a ‘pip deck’, but actually it’s a fully illustrated deck, so while the minor arcana does depict one cup, two cups, three cups, and so on (just like a pip deck would) the artist has cleverly made the pentacles, wands, swords, and cups tell a story, and show the meaning of the cards.

The cards are presented in a pretty tuck box, and while it has no instructions, the deck is based on the Rider Waite Smith deck, so any reader familiar with the traditional deck should not find this an issue at all.

The cards are a nice-quality card-stock, with a decent finish that makes them great to shuffle.

I’m more impressed with this deck the more I look at it. With the simple, playful imagery and candy colours, it’s easy to think at first pass, that this deck lacks depth – but I’d urge you to look a little deeper….

Blog brought to you by Witch Casket – the magical monthly subscription box! 🌙✨