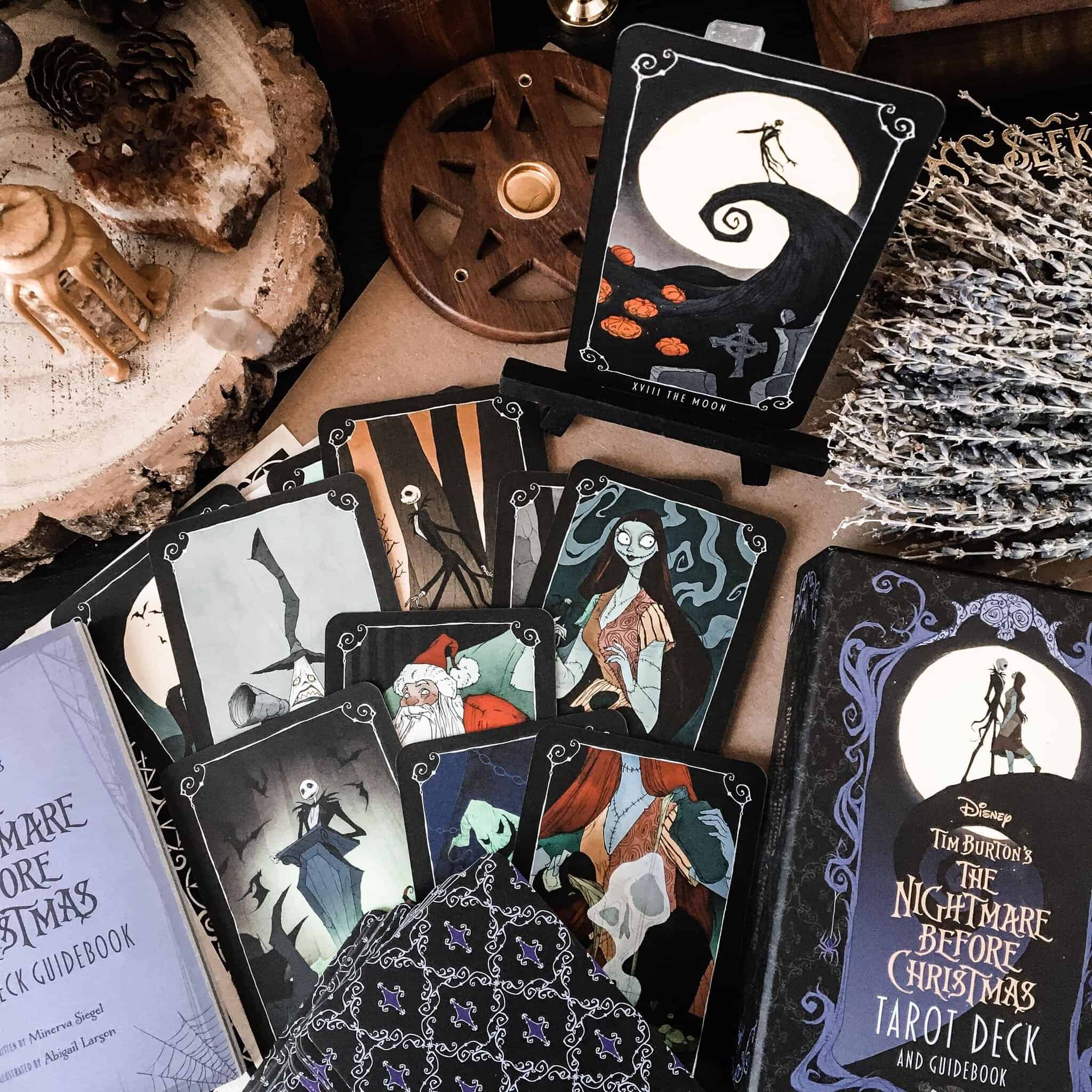 This enchanting deck was created by author Minerva Siegel and Illustrator Abigail Larson, and based on the Tim Burton film, The Nightmare Before Christmas. 🖤

For any fans of the films, or for tarot collectors, this deck is a must-have. It can however, be challenging read for anyone who avoids pip decks, since most of the minor arcana have a pip-deck quality, meaning the images don’t really tell a story. This means that as a reader you tend to stick to the known meaning of the card, rather than intuitively looking at an illustration and seeing what the card is trying to tell you. I personally don’t find pip decks speak to me as well as fully illustrated deck, so this is something to keep in mind depending on your preference.  ✨

The deck is utterly charming, and considering the need to incorporate characters from the movie into a traditional 78 card deck, Minerva and Abigail did an amazing job of not making it look ‘shoe-horned’.

This a standard 78 card deck, and follows the Rider Waite Smith tradition when it comes to card meanings, but the suits have been altered as follows:

On the back of the cards, the wallpaper effect is reminiscent of a traditional card deck with the repeating pattern, but in this case, it really reminds me of Disney’s The Haunted Mansion – this is no bad thing, I love it! 🙌

The deck comes packaged in a durable and beautiful box with 126-page guide book which details both the upright and reverse meanings, and offers suggested card spreads. The card-stock is slightly thinner than most decks, but handles well and shuffles nicely, so this isn’t necessarily a negative.

If you’d like to get this deck for yourself, it’s available online, and comes up easily in Google searches.

Brought to you by Witch Casket – The Magical Monthly Subscription Box 🌙✨

A to Z of Witchcraft | Terminology, Definitions & Glossary

Witchcraft has a unique and fascinating lexicon. If you are new to witchcraft, it can be a path paved with confusion. Some of the terminology used may leave you unsure or even overwhelmed. With this in mind, we have...